Teams whose members come from different countries and backgrounds pose a special challenge for managers. Especially so when they have to do with every nation and culture across the globe.

In short workshops Antonie Reichling gave participants personal, written feedback – based on a web-based questionnaire filled out beforehand – on their competency to deal with cultural differences. Also participants could compare themselves to the group- and a generic competency-profile.

Participants became more aware of multicultural dynamics aimed at developing high-performing teams. They learned how they personally could adept their management styles in order to create cross-cultural synergy in teams, via improved communication and effective resolution of conflict. 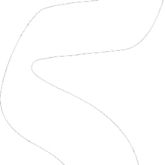